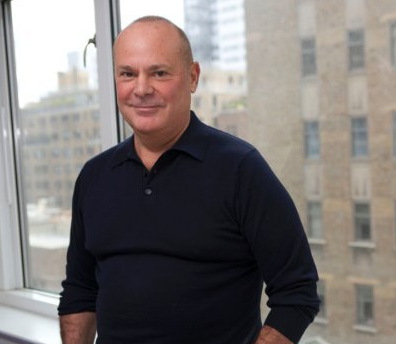 Richard Bronson is not your typical CEO.

Like many who hold his title, however, he has a vision. His is to help hire 70 million people.

Not just any 70 million people, but specifically one subset of the U.S. population.

According to Bronson, there are over 70 million Americans with a criminal record, many of whom cannot obtain employment due to their past. Bronson wants to help change that.

In his prior life, before starting his latest venture – the for-profit job placement company, 70MillionJobs, which connects ex-offenders with viable employment opportunities – he was many things. A philanthropist. Founder of an asset management firm. A staple of the Miami social scene, with stints as Chairman of the Board of the City Ballet and Trustee of the Museum of Contemporary Art.

By the way, he is also a convicted felon.

I connected with Bronson on his latest venture, his criminal past, whether convicted felons deserve a second chance and his best business advice.

Zack Friedman: You are a convicted felon. What happened?

Richard Bronson: In the 1980’s, I went to work on Wall Street at several large investment banks. There was a pervasive attitude of “do whatever you have to do to make a lot of money.”  These were the “greed is good” days.

I had friends who were working at a small brokerage firm on Long Island called Stratton Oakmont. They were making an enormous amount of money, and seemed to be having a ball doing it. So I went to work there, and in short order I became a partner of the firm. For the most part, what you’ve heard and seen of the place was accurate, although life is never quite as romantic as a Martin Scorsese film.

I went on to found my own firm, and grew it from three people to more than 500, generating close to $100 million in annual revenue. Lots of what we did was wrong. I knew it was wrong, but I was greedy and impatient, and told myself that everyone was doing it.

Eventually, government agents showed up on my doorstep, and I plead guilty to securities fraud. Luckily, my partner and I had repaid everyone who suffered losses, so my sentence was relatively lenient: I served 22 months.

I wake up every day with a deep sense of shame over what I did.

Zack Friedman: You have experienced the highest mountain tops and the lowest valleys. What did you learn from being both rich and poor?

Richard Bronson: Humility is a great lesson to learn. When I was successful, I frequently was a jerk, and treated people with a lack of respect. I don’t believe I was put on this earth to create pain or misery, yet I was certainly guilty of just that. I’m not the first person to recognize that when you’re on top, everyone wants to be your friend. I crashed and burned, and only a few people stuck around, including my incredible family.

I also learned that when you turn out the lights to go to sleep, the thread-count on your sheets means very little. If I worked at being a better man that day, I’ll sleep well. If not, I’ll try harder the next.

Zack Friedman: You’re a strong believer in rehabilitation. Why do you believe that felons should be given a second chance?

Richard Bronson: Having lived with hundreds of men in prison, I observed that as people they were no better or worse than those I knew on the outside. Mostly, they were folks who had very few options in life, and followed the path that others around them were following.

So should they, or indeed anyone, be forced to serve a life sentence for a crime committed, often in their youth? Who among us hasn’t screwed up?

I’m not talking about sociopaths or serial killers. None of us are perfect – certainly not myself –and lending a hand when someone deserving needs one, I think, is a pretty noble human inclination.

The Internet never forgets, and as a result, people serve life sentences, often for crimes they committed when they were much younger.

Zack Friedman: What response have you received from potential employers?

Richard Bronson: Employers often have a negative bias to hiring applicants with criminal records. It’s certainly understandable. But there are new studies that suggest that ex-offenders can actually be better employees than those without records. It makes sense: they’re used to following directions, they’re truly appreciative for an opportunity, and they’re extremely careful not to mess up on the job. Add to [the U.S. Department of Labor’s] Federal Bonding Program that exists to insure at-risk employees [for the first six months of employment at no cost to the employee or employer], as well as significant federal tax credits, and you have a solution that’s not just good for society, but also good business.

Our applicants have, on average, little experience negotiating the path to traditional employment. Their resumes are often tragically barren of “legitimate” experience. So we’re creating a platform for them to create video resumes, which will humanize them beyond a line on an arrest report, and show employers that these folks can be charming, smart, personable and potentially a real asset.

Zack Friedman: 70MillionJobs recently announced a pilot program with the City of Los Angeles under Mayor Eric Garcetti’s Office of Reentry. What role can city and state governments play in giving ex-offenders a second chance?

Richard Bronson: There’s nearly an 80% chance that someone released from jail or prison will be rearrested within five years. Nearly 90% of these people will be unemployed at the time of their arrest. This out-of-control recidivism costs cities like Los Angeles tens of billions of dollars annually, destroys lives and families, erodes society, to say nothing of the impact on the new victims. We think that progressive cities and states are recognizing the economics of recidivism and are looking for business solutions. That’s our big opportunity over time. Employment is the silver bullet.

One by one, cities and states are enacting Fair Chance laws that allow folks with records at least a chance to get their foot in the employment door. In places like New York City and Los Angeles, “ban the box” laws prohibit asking job applicants if they have a criminal record. But as long as you can do a Google search, your past is nearly impossible to put behind you.

Zack Friedman: What impact do you hope to create with 70MillionJobs?

Richard Bronson: My goal was to be responsible for one million men and women having an opportunity – maybe for the first time in their lives – to truly live the American dream.

The businessman in me wants a big number; the human being in me would be happy if there were even just one.

Zack Friedman: You have been involved in multiple entrepreneurial endeavors. What are your 3 best pieces of business advice?

1. Talk to your customers. Listen to the market. What you think matters little. Desert your ego.

2. Don’t be afraid to fail. Greatness lies in the vast space of uncertainty. Take a chance. Swing for the seats. Why shouldn’t you achieve greatness?

Zack Friedman is a keynote speaker and Founder & CEO of Make Lemonade, a personal finance comparison site that helps you live a better financial life.

PrevPreviousWhy Is Sexual Harassment Still A Thing? And What We Must Do To Eliminate It
NextThree Trends Poised to Transform the Future of WorkNext