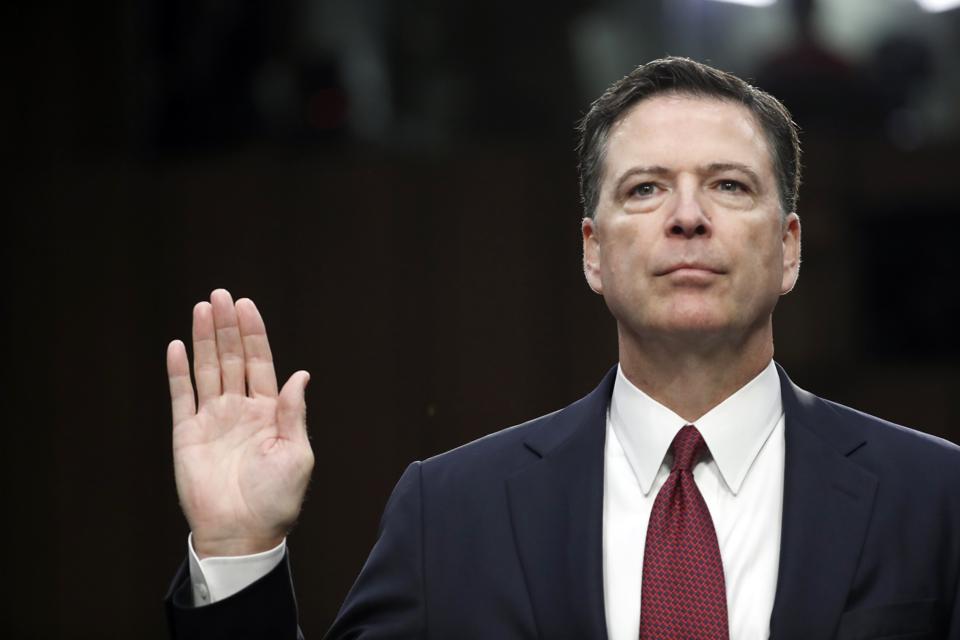 One idea, more than any other, defines political and business news today: character.

Consider, for example, former F.B.I. director James Comey’s testimony before the Senate Intelligence Committee. Comey recounted President Trump’s claims that he was fired because “the organization was in disarray, that it was poorly led, that the workforce had lost confidence in its leader.” But that wasn’t a misperception on the president’s part, Comey stated. “Those were lies, plain and simple.”

When you call someone a liar, you’re not criticizing that person’s knowledge or skill.  You’re taking exception to his or her character.

The Financial Times noted as much in its article, “Comey’s Testimony Puts the President’s Character on Trial.” Edward Luce wrote:

It boils down to the “nature of the person”. James Comey’s testimony that he took notes of his talks with Donald Trump because he did not trust the president’s honesty is now the hinge of the inquiry. It is Mr Comey’s word against Mr Trump’s. Whose nature do you trust?

In response, Donald Trump, Jr. tweeted, “I’m pretty sure that Comey’s testimony put his own ‘character’ on trial. Leaks, admitted weakness, Lynch double standard. Come on now.” The Wall Street Journal agreed and went even further, saying on its editorial page that Comey “should have resigned if he believed what he now says he did. That he failed to act at the time suggests his motive now is more revenge than truth-telling.”

When you question a person’s motives for what he or she has done, you’re not saying that they’re lazy or stupid. You’re saying they have low character.

It’s not only politics where character takes center stage now. Forbes recently discussed Harvard’s decision to rescind its offers of admission to 10 students who had posted deeply offensive statements on Facebook. Harvard didn’t review the students’ academic records and conclude the college had been mistaken about the students’ intellectual achievements. It didn’t second-guess its admission decisions because the students hadn’t been involved in enough extracurricular activities in high school. Harvard essentially said, “We don’t want men and women of questionable character in our community.”

The top business stories too have character at their core. Consider the Forbes post, “If Your Boss Shows These 4 Signs, Head For The Hills.” Three of the four signs are squarely about bosses’ character: not taking responsibility for their actions, having poor scruples, and being concerned more with their own careers than their employees. These disturbing character traits of too many managers are the reason, the post suggests, that only 30% of employees are strongly committed to their companies.

Character may be red hot, but it’s also highly controversial. Ask five people to define “character,” and you’ll get five different, possibly radically different, responses. Some rely on former Supreme Court Justice Potter Stewart’s definition of pornography: “I know it when I see it.” But applying that definition creates more problems than it solves. Who is a person of high character, Donald Trump or James Comey? They can’t both be. Either the president is correct that Comey is “a nut job,” as he put it, or Comey is correct that the president is a liar and therefore untrustworthy.

Although people have different opinions about the trustworthiness of these two men, it turns out that the concept of character itself is not that slippery. I spent two years interviewing business leaders around the world about character and leadership, and, as I suggested in a previous post, there are ten crucial qualities associated with high-character people in every area of human endeavor. No matter what kind of work you do or what part of the world you live in, if you are rightly to be considered a person of high character, you are honest, accountable, and fair, among other things.

Character isn’t everything—good leadership also requires knowledge and proficiency—but the best leaders are more than smart and skilled. They are passionate about doing the right thing everywhere they go and with everyone they encounter. Unfortunately, those high-character leaders in business are a well-kept secret, because much business journalism focuses on C-suite executives who have acted dishonorably.

The series I’ve launched here on Forbes will correct that. If you know a high-character leader who should be included in this new series, Profiles in High-Character Leadership, you may nominate him or her at IHCLeadership.com/nominate/.

It’s time for a new meme: high character is cool.

Bruce Weinstein is the CEO of the New York-based Institute for High-Character Leadership. Through the Institute’s high-content and engaging training programs for C-suite executives, hiring managers, and employers, Bruce and his team inspire people to do the right thing every time, everywhere. More information about Bruce and his services can be found at www.theethicsguy.com or he can be reached at 646.649.4501. To nominate a CEO or other C-suite executive for the Profiles in High-Character Leadership column, please visit IHCLeadership.com/nominate/.