How Writing Hateful Yelp Reviews Can Ruin Your Career 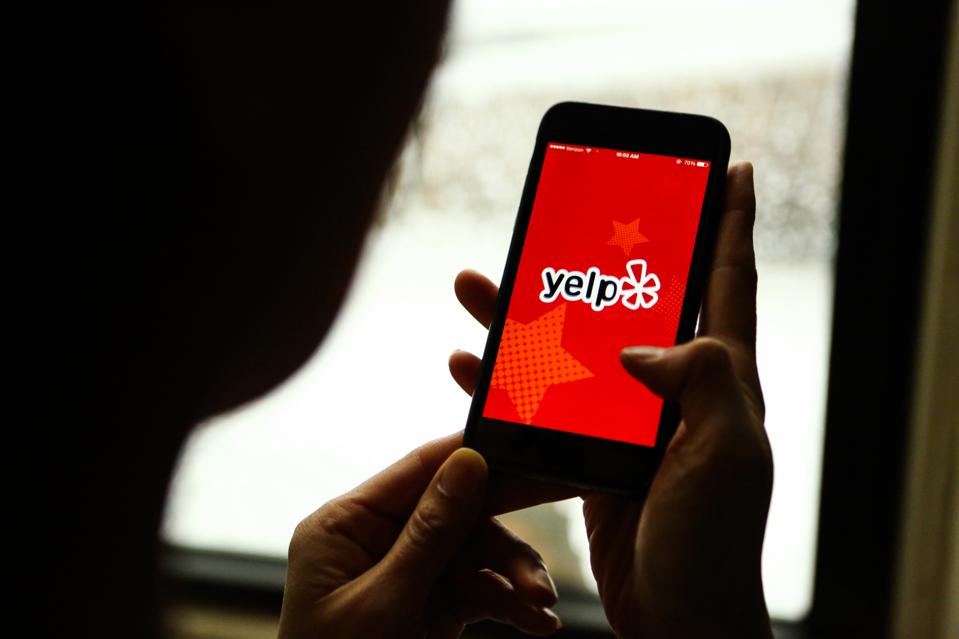 The Yelp Inc. application is displayed on an Apple Inc. iPhone in an arranged photograph taken in New York, U.S., on Friday, Feb. 5, 2016. Yelp Inc. is scheduled to report fourth-quarter earnings following the close of U.S. financial markets on February 8. Photographer: Chris Goodney/Bloomberg

It’s not only would-be Harvard University students who are discovering how posting despicable comments online can harm their futures. A Yale professor wrote hateful reviews of New Haven businesses on Yelp and was placed on leave as a result. Her lies about the matter then cost her the position permanently.

As the New York Times has reported, June Y. Chu was Dean at Pierson College at Yale University with a prestigious pedigree: an undergraduate degree from Bryn Mawr College, a graduate degree from Harvard, and a leadership role at the University of Pennsylvania. But after the Yale newspaper posted screen shots of vicious reviews she wrote about a local restaurant and a movie theater, she was suspended from her job.

Chu issued a heartfelt apology. “I have learned a lot this semester about the power of words and about the accountability that we owe one another,” she said. “My remarks were wrong. There are no two ways about it. Not only were they insensitive in matters related to class and race; they demean the values to which I hold myself and which I offer as a member of this community.”

Such an apology is consistent with high-character leadership. She took responsibility for her poor judgment and vowed to make wrong things right.

Accountability is but one crucial quality of high-character leadership. Honesty is another. And this is where Chu came up short.

Human beings have a deep capacity for forgiving mistakes. Forgiveness is our saving grace.  We all make mistakes, and if others didn’t forgive us, we’d be lost.

People have less tolerance for lies, and with good reason. Lies destroy trust. Watergate was more about President Nixon’s cover-up than about his involvement with the break-in to the Democratic National Committee’s headquarters. Had Nixon told the truth early on about what he knew, he might very well have completed the term he won by a landslide, instead of being the first president in U.S. history to resign the office.

What infuriated so many people about President Clinton’s extramarital affair? It was the finger-wagging falsehood he told at the end of a press conference: “I did not have sexual relations with that woman, Miss Lewinsky.” Do you think he would have been impeached had he told the truth upfront? I don’t.

From time to time I think of nasty things I’d like to write online about businesses that don’t treat me fairly. But June Chu’s firing is a cautionary tale of the dangers of giving in to our worst impulses.

In a recent Forbes column, I suggested that one of the hallmarks of Mark Zuckerberg’s successful leadership is his accountability, specifically that he carefully considers the consequences of his actions before he acts. That’s why you’ve never learned of a hateful post he has made on Facebook. He doesn’t do it.

Chu referred to accountability in her apology. Thinking about what could happen if we told the world how we really feel about some unpleasant experience is a component of accountable leadership that Chu overlooked, to her detriment.  May she, you, and I learn from that oversight.

Bruce Weinstein is the CEO of the New York-based Institute for High-Character Leadership. Through the Institute’s high-content and engaging training programs for C-suite executives, hiring managers, and employers, Bruce and his team inspire people to do the right thing every time, everywhere. More information about Bruce and his services can be found at www.theethicsguy.com or he can be reached at 646.649.4501.